'Black Plague' Was Killing People at Least 5,000 Years Ago 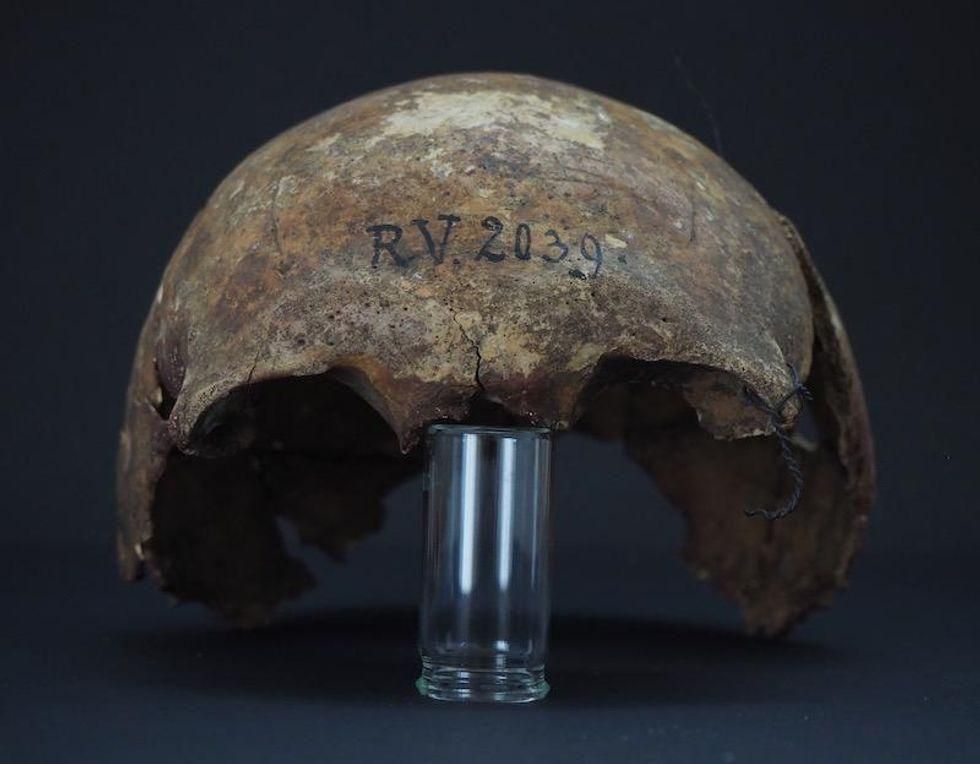 The oldest strain of Yersinia pestis -- the bacteria behind the bubonic plague that may have killed as much as half of Europe's population in the 1300s -- has been found in the remains of a 5,000-year-old hunter-gatherer, researchers report.

The skeleton of the 20- to 30-year old man was unearthed in the late 1800s in a region of Latvia called Rinnukalns. But the skeleton soon vanished, only to reappear in 2011 as part of an anthropologist's collection.

A genetic analysis revealed the presence of a strain of Y. pestis that likely killed the man, even though scientists think it was less contagious and less deadly than the medieval strain.

After comparing it to other ancient strains, the researchers concluded that the strain in this hunter-gatherer is the oldest found to date.

It likely belonged to a lineage that emerged about 7,000 years ago, a few hundred years after Y. pestis split from its predecessor, Yersinia pseudotuberculosis, according to the authors of the study published June 29 in the journal Cell Reports.

"What's most astonishing is that we can push back the appearance of Y. pestis 2,000 years farther than previously published studies suggested," said senior author Ben Krause-Kyora, head of the aDNA Laboratory at the University of Kiel in Germany.

"It seems that we are really close to the origin of the bacteria," he added in a journal news release.

The researchers also found that the newly identified strain lacked the gene that enables fleas to act as vectors to spread the bacteria to and between humans. It likely took thousands of years for Y. pestis to develop all the mutations needed for flea-based transmission.

Learning more about the history of Y. pestis could provide new insight into human genetics, according to the researchers.

"Different pathogens and the human genome have always evolved together. We know Y. pestis most likely killed half of the European population in a short timeframe, so it should have a big impact on the human genome," Krause-Kyora said.

"But even before that, we see major turnover in our immune genes at the end of the Neolithic Age, and it could be that we were seeing a significant change in the pathogen landscape at that time as well," he added.

The U.S. Centers for Disease Control and Prevention has more on plague.

Could Coffee, Veggies Lower Your Odds for COVID-19?

In a First for the Continent, Pfizer COVID-19 Vaccine Will B...

AHA News: Diabetes and Dementia Risk: Another Good Reason to...