Can You Eat Your Way to Fewer Migraines? 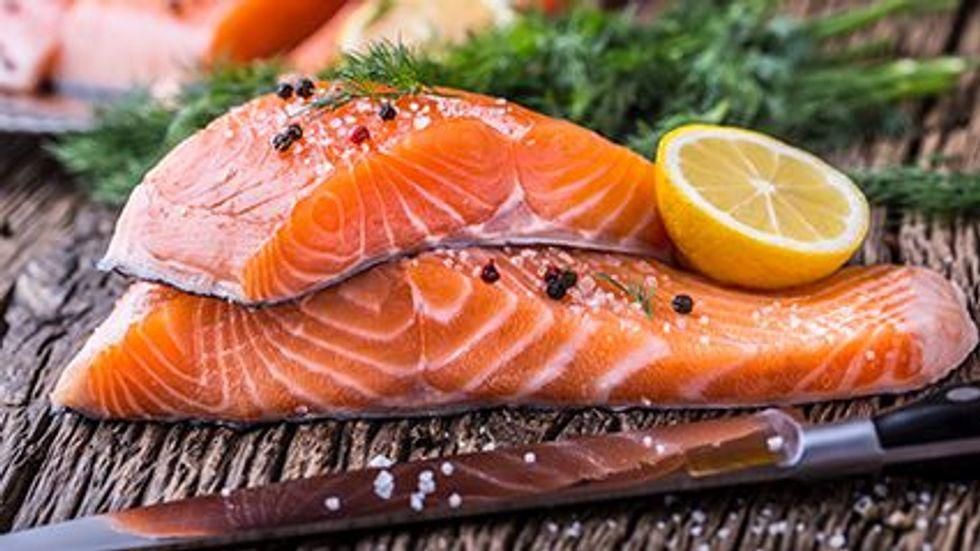 Eating lots of fatty fish and cutting out polyunsaturated fats may reduce the frequency and intensity of migraines, a new study suggests.

"It's moderate evidence that diet changes can decrease headache, but for me, it's that we're just beginning to understand the role of diet and pain, and that likely needs to be looked at and other chronic pain conditions, other nutrients and so forth," said lead researcher Dr. Christopher Ramsden. He is a clinical investigator at the U.S. National Institute on Aging, in Baltimore.

Ramsden doesn't think that changing one's diet is a magic bullet to ending migraine or other chronic pain, however.

"I don't think this is ever going to be the be-all-end-all, but I think it might end up being one tool that can be combined with medications and other treatments to improve people's lives who are in chronic pain," Ramsden said.

"It is encouraging to see more evidence based on the effect diet can have on migraine," Rosen said after reviewing the results.

Other studies have suggested that diets high in omega-3 may be beneficial for pain syndromes, and this study extends that to chronic migraine. Research has suggested that including omega-3 in one's diet as opposed to taking supplements, is important, and this study supports that more natural approach, he said.

"It would be nice to see if this could be sustained, if weight loss may play a role, and if there are some people who may have stronger responses to dietary modification," Rosen said.

For the study, Ramsden and his colleagues collected data on 182 people with frequent migraines.

"Diet can change the composition of the nervous system and the immune system," Ramsden said.

Participants were randomly assigned to one of three diet plans. All received meal kits that included fish, veggies, hummus, salads and breakfast items.

At the outset, participants averaged more than 16 headache days per month with more than five hours of migraine pain per headache day. Despite use of headache medications, these migraines had a severe effect on their quality of life.

Participants who ate a diet low in vegetable oil and higher in fatty fish also had lower blood levels of pain-related fats, the researchers noted.

Despite fewer headaches and less pain, these participants reported only small improvements in quality of life.

Ramsden doesn't think omega-3 supplements would supply the same benefits. He suspects that omega-3 and other nutrients in fish may work in tandem to reduce pain.

Dr. Vincent Martin is president of the National Headache Foundation and a professor at the University of Cincinnati College of Medicine, in Ohio. He already recommends diet changes to his migraine patients.

"There are other diets that we use. I think sometimes people will follow a Keto diet, sometimes they'll follow a low-fat diet or a low glycemic index diet," he said. "So there are a variety of different diets that we do recommend."

The problem is that these diets are hard to stick with, Martin said. And if you don't like fish, the diet tested in this study is almost impossible to stay with.

"This example exemplifies one type of diet that might benefit people who like fish in particular; otherwise, this is going to be a tough diet to follow," he said.

Like Ramsden, Martin is not a fan of supplements. Omega-3 supplements, for example, don't lower omega-6 fatty acids, a key to reducing the frequency and pain of headaches, he said.

"A healthy migraine diet is one where you eat natural foods," Martin said. "You don't eat foods with a lot of preservatives, so anything in a box, in a bag and a can usually have preservatives in them, and/or flavor enhancers that can trigger headaches." He also advises patients to cut out sugar.

The study was published online June 30 in the BMJ.

To learn more about migraines and diet, visit the National Headache Foundation.