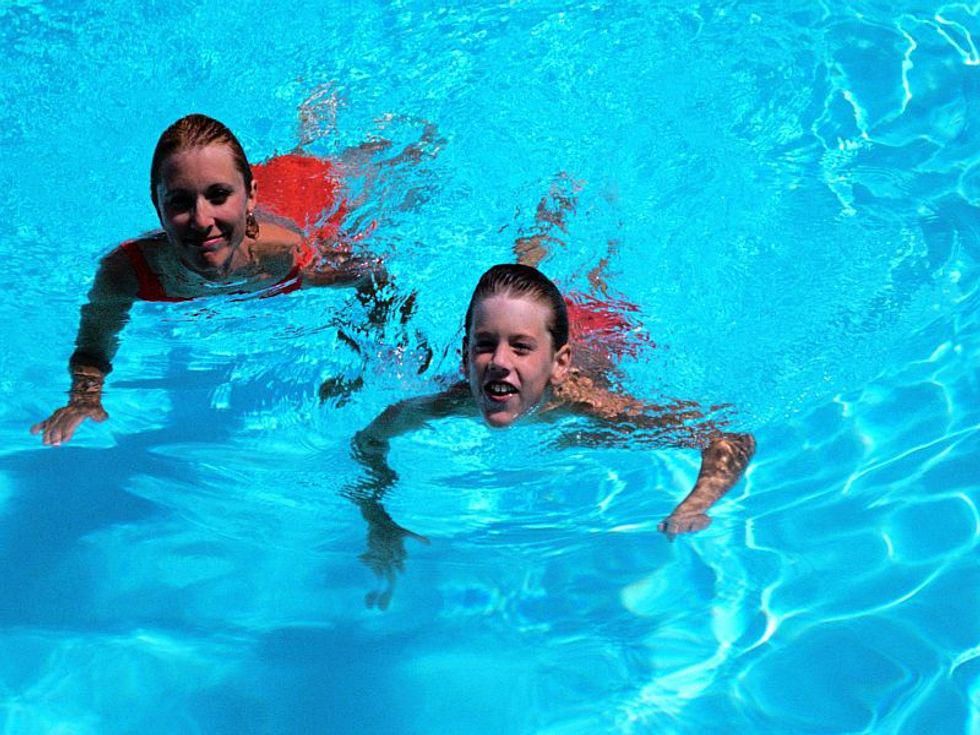 There's some good news as millions of American children head back to the nations' lakes, beaches and pools: Newly released numbers for 1999 through 2019 show steady progress in reducing the number of young lives lost to drowning.

"Over the past two decades, the rate of unintentional drowning deaths among children aged 0 to 17 years declined 38%, from 1.6 per 100,000 in 1999 to 1.0 in 2019," according to researchers at the U.S. Centers for Disease Control and Prevention's National Center for Health Statistics (NCHS).

"We're finding disparities by specific characteristics, but yes, there is an overall decline over the period," said study author Merianne Spencer, of the NCHS in Hyattsville, Md.

Still, the numbers of tragic child deaths remain too high. In 2018 alone, about 900 U.S. kids and teens died by drowning, and 7,000 more were taken to emergency rooms for drowning scares, according to the American Academy of Pediatrics (AAP).

The fact that the overall death rates are declining is encouraging, experts said. The trend probably stems from efforts by several organizations to increase public awareness about water safety, according to Morag MacKay, research director of the nonprofit group Safe Kids Worldwide.

Those efforts include promoting swimming lessons and the use of life jackets, fences around pools and a growing wave of legislation for life jacket use, she said.

"Certainly, there have been efforts in that time frame to increase the public's awareness about the dangers involved and what you should do from a water safety perspective," MacKay said.

For kids up to 13 years of age, most drowned in swimming pools. For 14- to 17-year-olds, natural bodies of water posed the highest risk, the researchers found.

"I think this will really give insights into what prevention strategies we might want to do for specific age groups, for instance," Spencer said.

But drowning doesn't happen only at swimming spots. Bathtubs and even buckets of water can endanger infants and toddlers.

Parents and caregivers can protect kids with some simple precautions, MacKay said.

"Understand that children can drown in as little as a couple of inches of water [and] that infants under the age of 1 are head-heavy — in the event that they topple over, the head is heavier than the rest of their body," she said. "It's one of the reasons why children in that age group are prone to falling over to begin with, but if you do it in a bathtub and there's no one around when it happens, then that can end in tragedy."

More 1- to 4-year-olds die from drowning than any other cause except birth defects, according to the CDC. Even when drowning does not end in death, it can cause long-term health problems, including brain damage.

In its just-released Prevention of Drowning report, the AAP recommended layers of protection, including swimming lessons, lifeguards, drowning-prevention strategies and emergency response plans.

The NCHS study, released July 15, revealed that boys were more likely than girls to die from drowning. In 2019, their risk was roughly double that of girls.

Kids in rural counties were at greater risk than those in urban areas. Drowning deaths declined for Black kids between 1999 and 2003, but rates have since been steady.

MacKay cited several reasons for the higher risk for Black children, including accessibility to swimming lessons and multiple generations in families who haven't learned to swim.

Safe Kids Worldwide recommends that young and/or weak swimmers have adult supervision within arm's reach. And even a good swimmer who is older should not swim alone, the group added.

Planning a pool party? MacKay recommended active supervision. That means assigning one or two people at a time to watch specific kids in planned 15- to 20-minute shifts.

Kids should learn basic swimming skills, including how to reach the water's surface and then float, which takes less energy than treading water. Parents should also learn to swim and how to perform CPR, MacKay said.

"If you're a really active family and you're doing a lot of water activities, you may choose to put your child in swimming lessons earlier than a family that is doing it less often, but we really do recommend that all children learn to swim when it's the right time for them," MacKay said.

The American Red Cross has more on drowning prevention and water safety.